From the 21st to 23rd of February, students from Victoria, New South Wales and Queensland gathered at La Trobe University to take part in the second annual Victorian Model United Nations conference. Under the theme of Access and Action, students looked into the barriers people face globally on accessing their inalienable human rights.

The conference started with Opening Ceremony keynote speaker Professor Ian Howie, formerly of the UN Population Fund, describing to students the complexities of the United Nations; how different and extreme some countries’ values can be and how difficult it can be as a result to negotiate for successful resolutions. The cases he made about Uganda’s gay rights law and China’s one-child policy put the difficulties into a valuable real-life perspective. La Trobe’s Vice Chancellor Professor John Dewar and Indigenous Elder Aunty Joy Murphy also gave great presentations that reminded students of the values held at the university and how they closely link with the notion of equality and justice, and the human rights issues debated under the Access and Action theme. 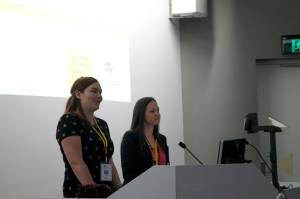 The debate itself was exceptional. The Security Council, a selected team of Model UN veterans, could only be described as ‘efficient’, solving major world problems in a few hours and ploughing through three topics including an international crisis within the weekend, where other committees only got through one, as is the norm. UN Women and the UN Development Programme were also to be commended; predominantly comprised of students new to Model UN, the small committees provided an intimate forum to encourage students to address their committees and negotiate for solutions to the post-2015 global agenda and victims of rape whose human rights are not respected by their own countries. In particular the latter topic revealed how difficult compromise can be when the committee includes countries as conservative as Saudi Arabia and Morocco and as liberal as the United States and Australia.

Finally, the Closing Ceremony motivated students with guest Gaby Perdomo, an RMIT student who is State Director for Oaktree. Gaby used her experience to inspire students to make a difference in the world, using Derek Sivers’ How to Start a Movement video as a case in point. Gaby highlighted her own journey to show that making a difference is possible while still at university. A lighthearted press video wrapped the conference with a few belly laughs, and Monash University was announced as the successor for Vic MUN 2015.

Model UN conferences provide students with the opportunity to apply skills gained in their university degrees in a versatile and practical setting, while also learning the inner workings of large scale international organisations in high pressure scenarios and realistic environments that are otherwise unavailable to undergraduates. Each year students are offered opportunities to participate in state, regional and global level Model UN conferences (Vic MUN, AMUNC and World MUN or NMUN respectively); increasing chances in networking and cross-cultural communication through engagement with students from around the world.

This month students will be participating in Harvard World MUN, a five-day conference with about 2000 participants from around the world. This year it will be held in Brussels, Belgium and many events will take place in official government buildings while students will also have the chance to visit the European Union parliament.

Want to get involved?

Model UNs conferences and organisations are available for all students to become involved with, from high school to university and even those beyond. UN Youth runs programs for high schoolers and other students but is not attached to any one learning institution, and makes a great starting point to get involved.

Aside from that, each university has an International Relations/Affairs society or association that students can check out via their student union or look them up on facebook. Each of those listed below runs a fantastic Model UN program that sends students to the conferences listed above several times throughout the year:

For the other universities, maybe you can start your own MUN club!